I had been wanting to join this group to photograph for a long time as I know dogs have a purpose other than looking pretty. Yet the late night in the city and the distance needed to get there and then home in the middle of the night had stopped me for a long time. Now though everything that is going on in the city I refer to as my partner I knew it was far more important to photograph this as it’s the reality of the slipping of a great city. Dogs that are engaged and using their natural instincts are doing what they naturally would be doing if not domesticated. These dogs are family members. They are trained and take vocal commands and very focused on the work at hand.
In the projects of lower Manhattan R.A.T.S. meets up and puts their dogs to work capturing rats that are everywhere.You can’t turn around without seeing some huge rat scurrying off into the trash or into a dark area. This issue has grown exponentially worse with the current situation of the pandemic and major cuts in New York City. The enormity of the problem can’t be ignored. Thank god for this group which goes into these communities late in the evening and listen to residents telling them where they find large rats infestations. The people we spoke with were spot on about the locations and by the end of the night the weight of a heavy duty bag was filled with the weight of heavy duty rats.
At two a.m. a very tired R.A.T.S. crew gathered to see how many rats had been caught and then photo documented with their nights work.
It was a long night but these dedicated people with their dogs are helping a community get rid of these disease bringing vermin while not using poison that could be deadly to the children of these communities and family pets.
Dogs have a purpose and this night showed just how important these dogs are to places where we all live. 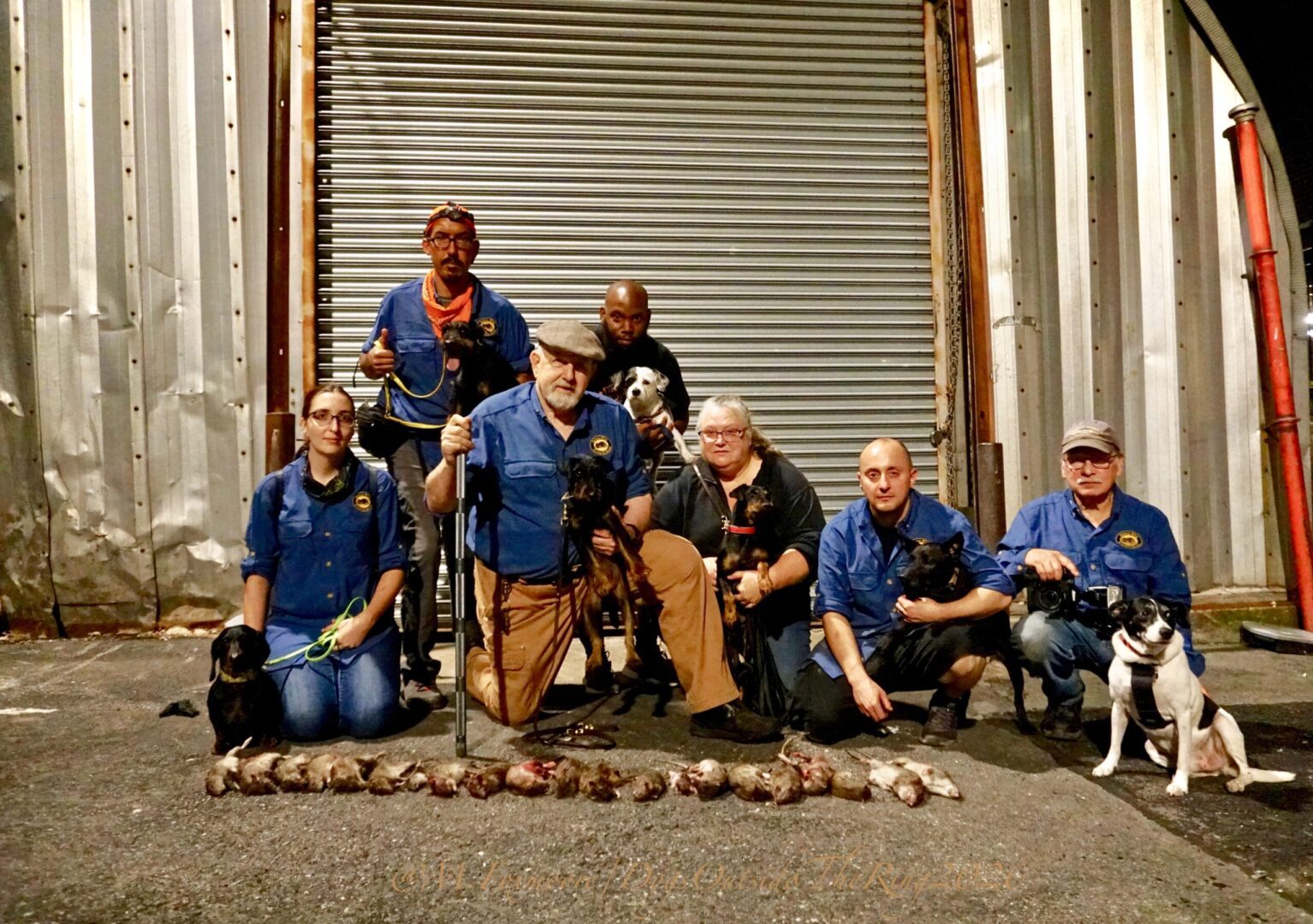 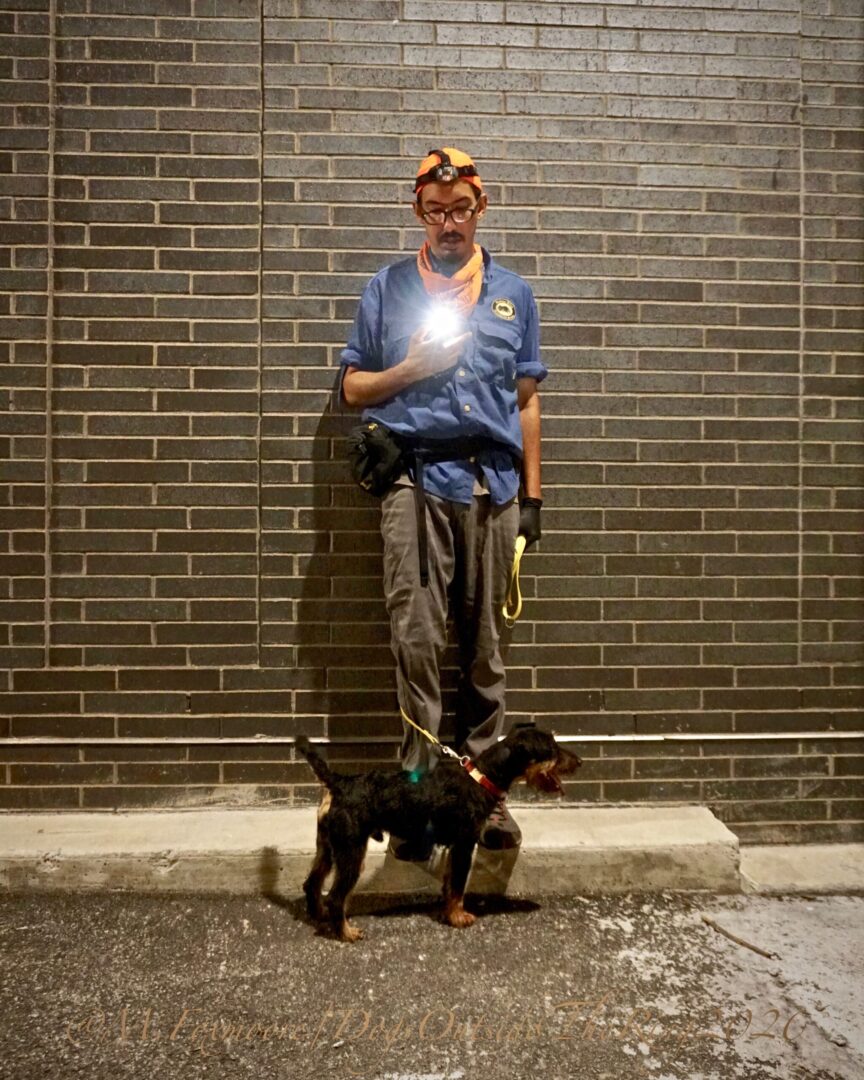 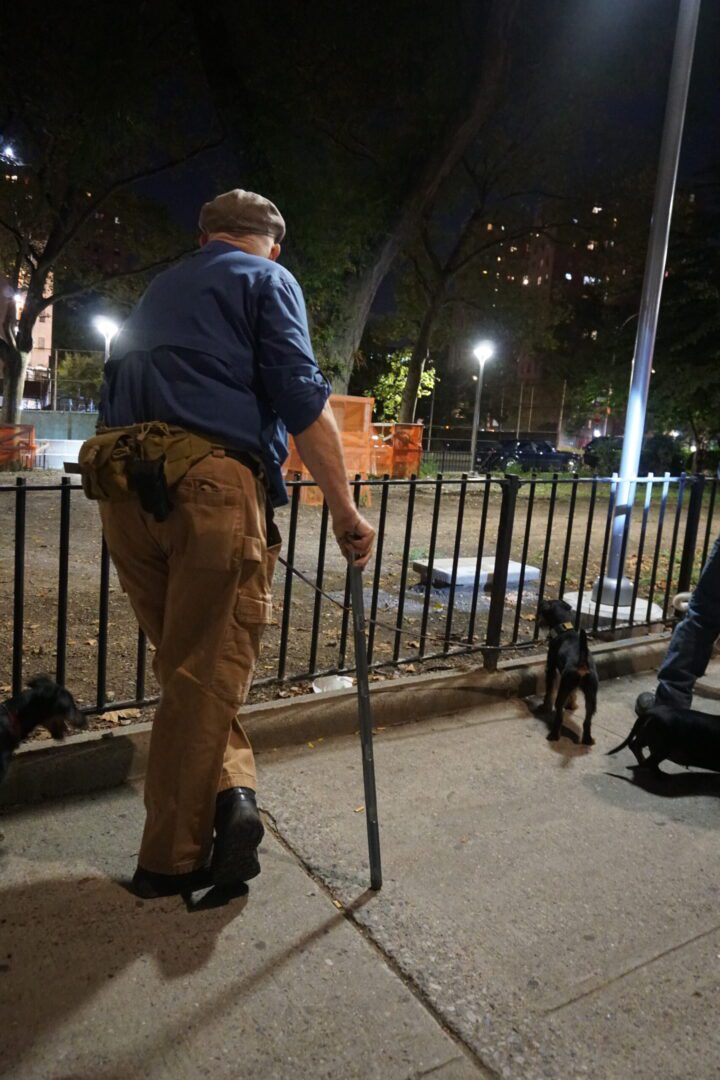 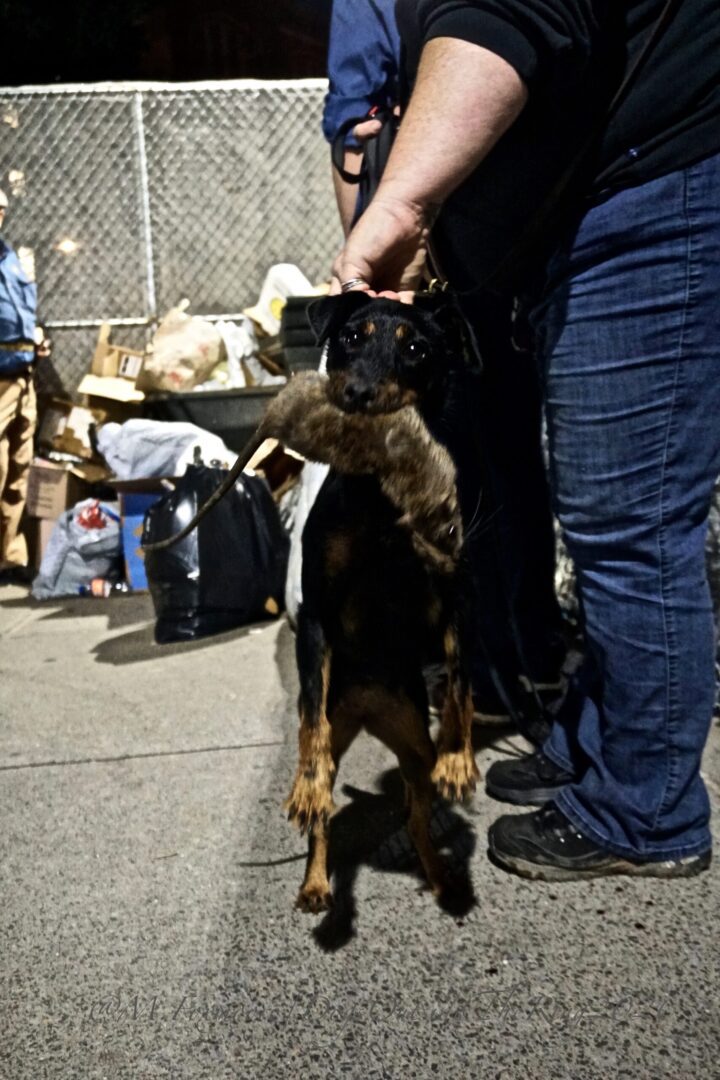 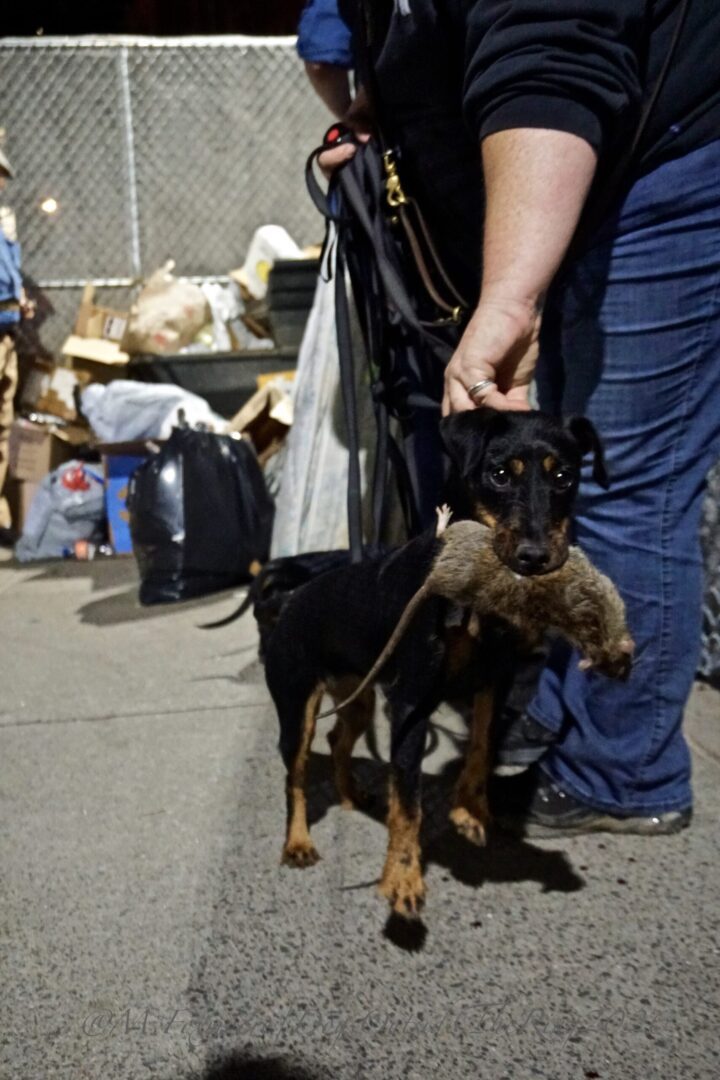 yet another important job dogs do.
Thank you to Richard Reynolds for inviting me and I do hope to come again to photograph the incredible work that is being done to control the City of New York with an ever growing problem with the rats that seem to be overtaking the city and families quality of life.